The New Acquisition Militia (NAM) is a non-profit, all volunteer organization registered in the State of South Carolina.  Its mission is to educate and inform the general public about Revolutionary War era events in the South Carolina Upcountry.  The NAM fulfills its mission by providing living history program support to national, state, regional, and local parks in the Carolinas. The corporation was founded for educational purposes and is a 501(c)7 club.

About the New Acquisition Militia

The American Revolution was on the edge of collapsing following the surrender of Charles Town to British forces in May 1780.  With the stroke of a pen, General Benjamin Lincoln, Commander of the Southern Continental Army, surrendered over 5,500 men to British forces.

Though many believed the war would soon be over, local armed militias with “Whig” (pro-independence) sympathies rose up throughout Georgia and Carolinas to rally the resistance against the British and their Tory sympathizers.

Resistance in the South Carolina Upcountry, characterized as “the Presbyterian Rebellion”, was a series of minor skirmishes and battles that took place from the late spring to the summer of 1780.  Many, but not all of those engagements were concentrated in the extreme northern portion of the Camden District (present day Chester County) and the New Acquisition District (present day York County in SC).  Scots-Irish Presbyterians dominated the population in those areas and the Scots-Irish and British possessed mutual disdain for each other.  Many, but not all of the Scots-Irish living in those areas were eager to join the resistance movement when British forces threatened their lives and property.

The Whig militia forces in South Carolina, led by Brigadier General Thomas Sumter, General Francis Marion, General Andrew Pickens, and other able commanders, frustrated British attempts to consolidate their hold in the Carolinas.  Their actions bought time for Washington and the Continental Congress to raise Continental forces to counter British forces.  Though their first attempt to offer resistance under General Horatio “Granny” Gates was met with disaster at the Battle of Camden (August 6, 1780), their second attempt under the able-minded leadership of General Nathanael Greene (the “Fighting Quaker”) led to a successful campaign that resulted in the gradually decimation of Cornwallis’ Army through various means, ultimately leading to the Siege at Yorktown.

Take a step back into the past, relax and come hang out with us. 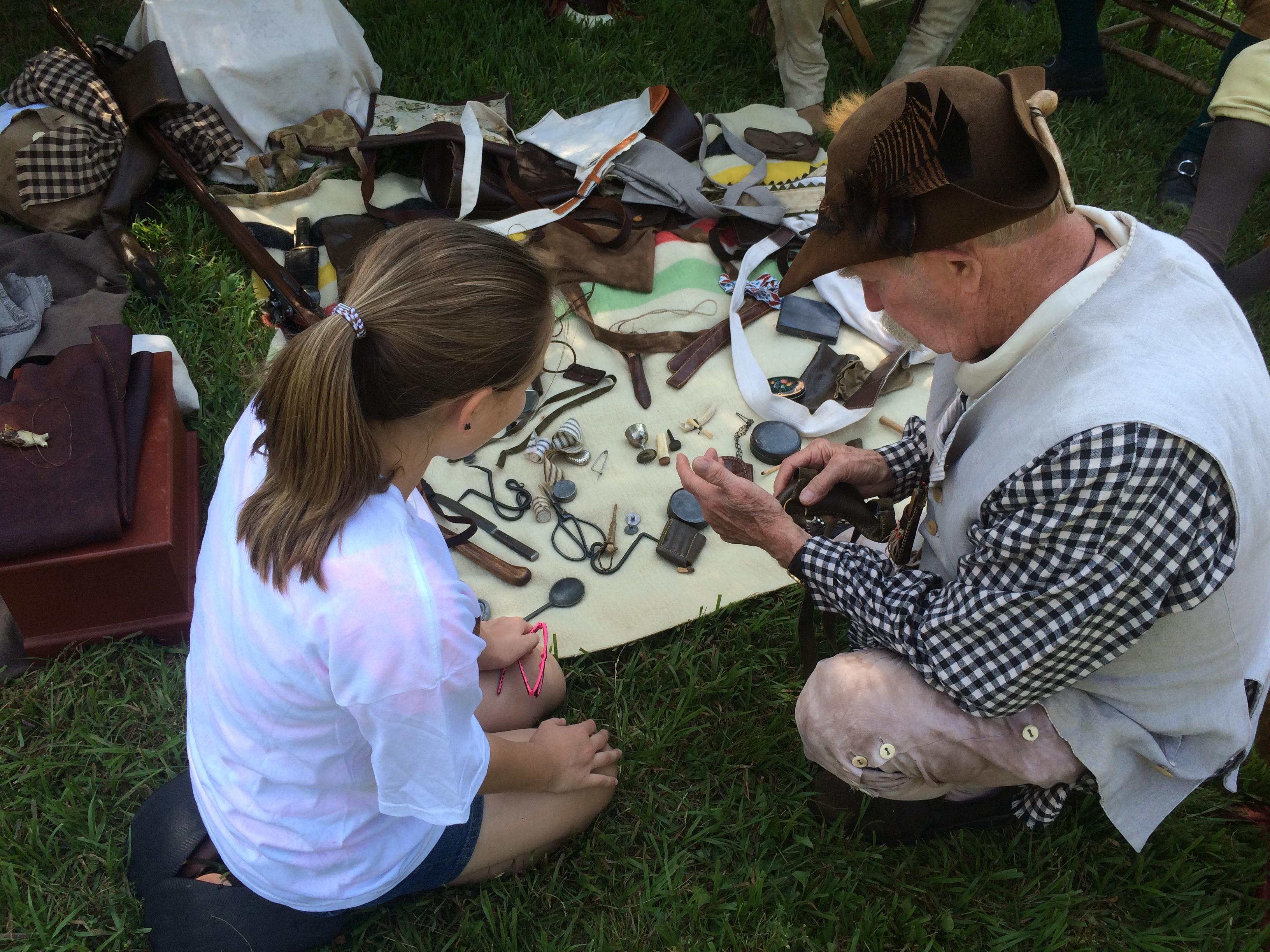 The New Acquisition Militia’s educational programs focus on this important part of the story of the American Revolution by providing context for the general public and school children engaged in learning about American history.  We are a family friendly organization focused on education and encourage others to join as members to help with these programs.  Also, we invite you to read the articles focused on the history of the American Revolution included in the sidebar.

See our schedule for areas in which we serve and please consider joining the NAM! 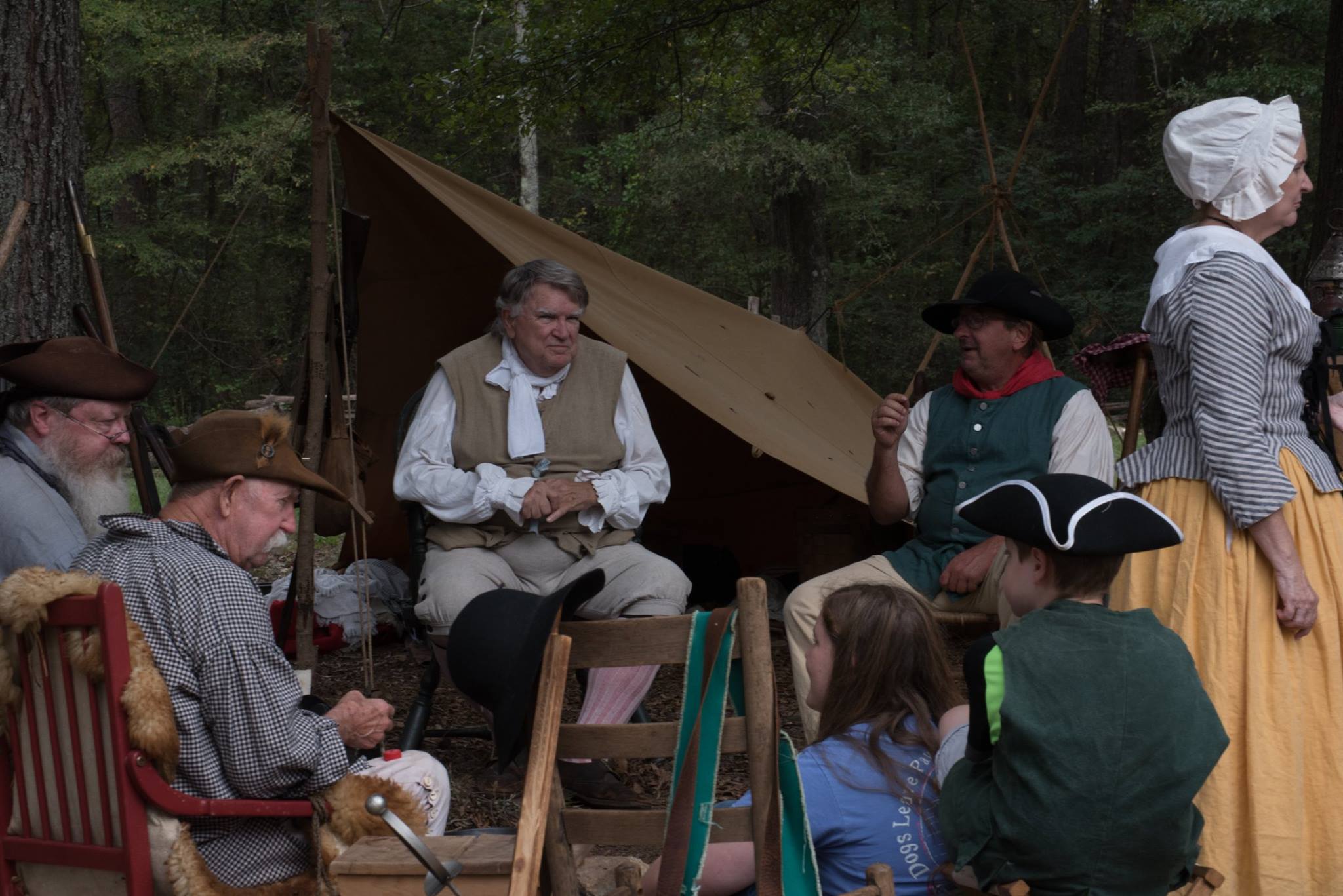 Research About the Patch Knife

“The patch knife is a standard part of any rifleman’s equipment. But what is a patch knife? A patch knife can be said to be any kind of a knife that will cut a patch and there are a multiplicity of blades, which can do the job. They may be loosely placed into three...

PENSION APPLICATION OF JAMES FERGUS This pension was copied by John T. Misskelley, from a book in Kip Carter’s collection, called The Revolution Remembered, an eyewitness account of the war for independence. Edited by John C. Dann. Pg. 177-185. Copied exactly as it...

A HISTORY OF THE CAMPAIGNS OF 1780 AND 1781 IN THE SOUTHERN PROVINCES OF NORTH AMERICA BY LT. COL. BANASTRE TARLETON “BEFORE THE MIDDLE OF SEPTEMBER, PART OF THE STORES BEING ARRIVED, WITH A REINFORCEMENT FROM CHARLES TOWN, CONSISTING OF THE 7TH REGIMENT, AND SOME...

“CORNWALLIS PLANNED HIS INVASION OF NORTH CAROLINA FOR EARLY SEPTEMBER, 1780. LEAVING 6,000 MEN TO HOLD THE BRITISH BASES IN SOUTH CAROLINA AND GEORGIA , CORNWALLIS WOULD MARCH WITH AN ARMY OF ONLY 2,200 RANK AND FILE FROM CAMDEN , SOUTH CAROLINA , TO CHARLOTTE ,...

A BRIEF HISTORY OF THE NEW ACQUISITION MILITIA

Michael C. Scoggins, York County Historical Center, May 2002 It was not until June 1772 that the border between North and South Carolina west of the Catawba River was established by survey. After this survey, a large tract of land between the Broad and Catawba Rivers...

I guess it is time to share a few secrets with you. How do you find two hundred or so year old stuff to use? Well, where you start is probably not where you think! I firmly believe that it is all out there, you just have to know what you want and be patient – you will...